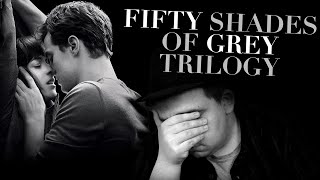 It started off as Twilight fan fiction, then became a "famous" book series, then became the worst movies of each year they were released in, it's the Fifty Shades film trilogy. Enjoy this special video of all the Nostalgia Kid episodes where he took a look at these "films"!

RECOLLECTIONS: I still don't like these movies. This originally started with me talking about the first movie from 2015 for my 50th episode in 2016, I thought it was an okay episode but I felt like it was kinda rushed due to editing on a very slow hard drive at the time. I really wish that I didn't include the subject of r*pe in that original video, looking back that was really disgusting and stupid of me hence why I cut it out of this release of the video.

Fifty Shades Darker I found to be worst than the last one and it was the first time I talked about a movie...RIGHT as it came out on home media, that was a dumb part on my end because it was the second time I ever got a DMCA takedown on vimeo. The video was back up after a few months, but I learn to give it time before doing a movie RIGHT as it comes out on dvd or Blu-ray.

Fifty Shades Freed I waited a whole year to do and I still think it was the LEAST bad out of all three of them, for one it's the shortest and second it's the same shit so I didn't have to write that much for it. The Passage Time gag was something I came up with to help get past the sex scenes, that and an excuse to get cameos from friends and co-reviewers, once it got to the third movie I decided to cut the gag and did the "Things you can do rather than watching a fifty shades movie" bit. It was a short and dumb bit, but if this series wasn't going to do anything different, why should I still do the Passage Time gag? Having the parody of Plan 9 From Outer Space be the book ends for this review series seemed fitting because it made sense giving that Plan 9 is known as "The worst movie of all time" while Fifty Shades is know as "The worst movies of 2015, 2017, and 2018".

~FAIR USE~ Copyright Disclaimer Under Section 107 of the Copyright Act 1976, allowance is made for "fair use" for purposes such as criticism, comment, news reporting, teaching, scholarship, and research. Fair use is a use permitted by copyright statute that might otherwise be infringing. Non-profit, educational or personal use tips the balance in favor of fair use. 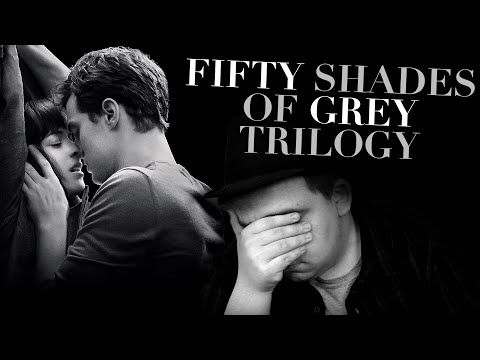