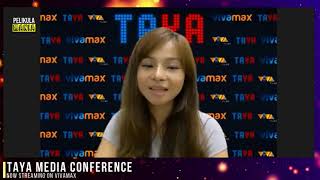 
Journalism student Sixto (Sean De Guzman) discovered that the woman, who has been in his countless wet dreams, is one of the prizes of an online “ending” game, and he did not hesitate to bet for her. He won the bet, but because of his own gambling error, he did not realize that he played for another woman named Nanette (AJ Raval). After series of sexual encounters, Sixto becomes addicted to Nanette and promised to take her away from the syndicate that condemned her as an online ending prize.

Coming from two VIVAMAX hit movies, “Paglaki Ko Gusto Kong Maging Pornstar” and “Death of a Girlfriend”, AJ Raval takes on another daring role in TAYA. Every film, AJ gets bolder, and she is getting known now as “Bagong Pantasya ng Bayan”. From “Anak ng Macho Dancer”, Sean De Guzman gets another lead role in a movie where he can showcase again his great body and great acting prowess. With AJ and Sean in one movie, TAYA will open the way for a new generation of talented and sexy actors. Joining in this Psychedelic-Erotic-Thriller film are the sultry actresses Jela Cuenca and Angeli Khang. Together with Soliman Cruz, Mon Confiado, Pio Balbuena and Raul Morit.

Directed by Roman Perez Jr. who also directed the erotic-thriller “Adan” and written by 2018 Cinemalaya Best Screenwriter John Carlo Pacala, expect that TAYA is not just your ordinary sexy film. Because aside from the daring sexy scenes, the thrilling twists and turns of the story will also get you on the edge of your seat.

So prepare to bet it all and risk it all when you watch TAYA on August 27, streaming on KTX.ph, IWanTFC, TFC IPTV, and VIVAMAX. Watch TAYA and more blockbuster movies and shows when you subscribe to VIVAMAX. Subscribe using VIVAMAX app via Google Play Store, App Store, and Huawei App Gallery. For only P29, you can unli-watch for three days, P149/month, and P399 for 3 months for bigger savings! You can pay through GCash, Globe, Smart, Visa/Mastercard, PayMaya or PayPal account that’s linked on your Google or Apple account. You can also subscribe at web.vivamax.net, select a plan and you can pay through EC Pay outlets: 7 Eleven, and All Day, or through PayMongo, GrabPay, and GCash or through PayMaya.

Vivamax is also available in Singapore, Hongkong, Malaysia, and Japan. Monthly subscription is only SGD 13.50 (Singapore), HKD 77.00 (Hongkong); RM 39.90(Malaysia); and JPY 1,080.00 (Japan) plus the screen cast to TV feature will be available to mirror your favorite movies/shows in the comfort of your TV screens* Vivamax, atin ‘to!

* Screen cast to TV feature will vary on user device 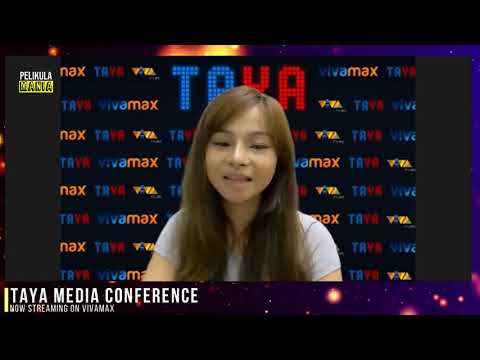